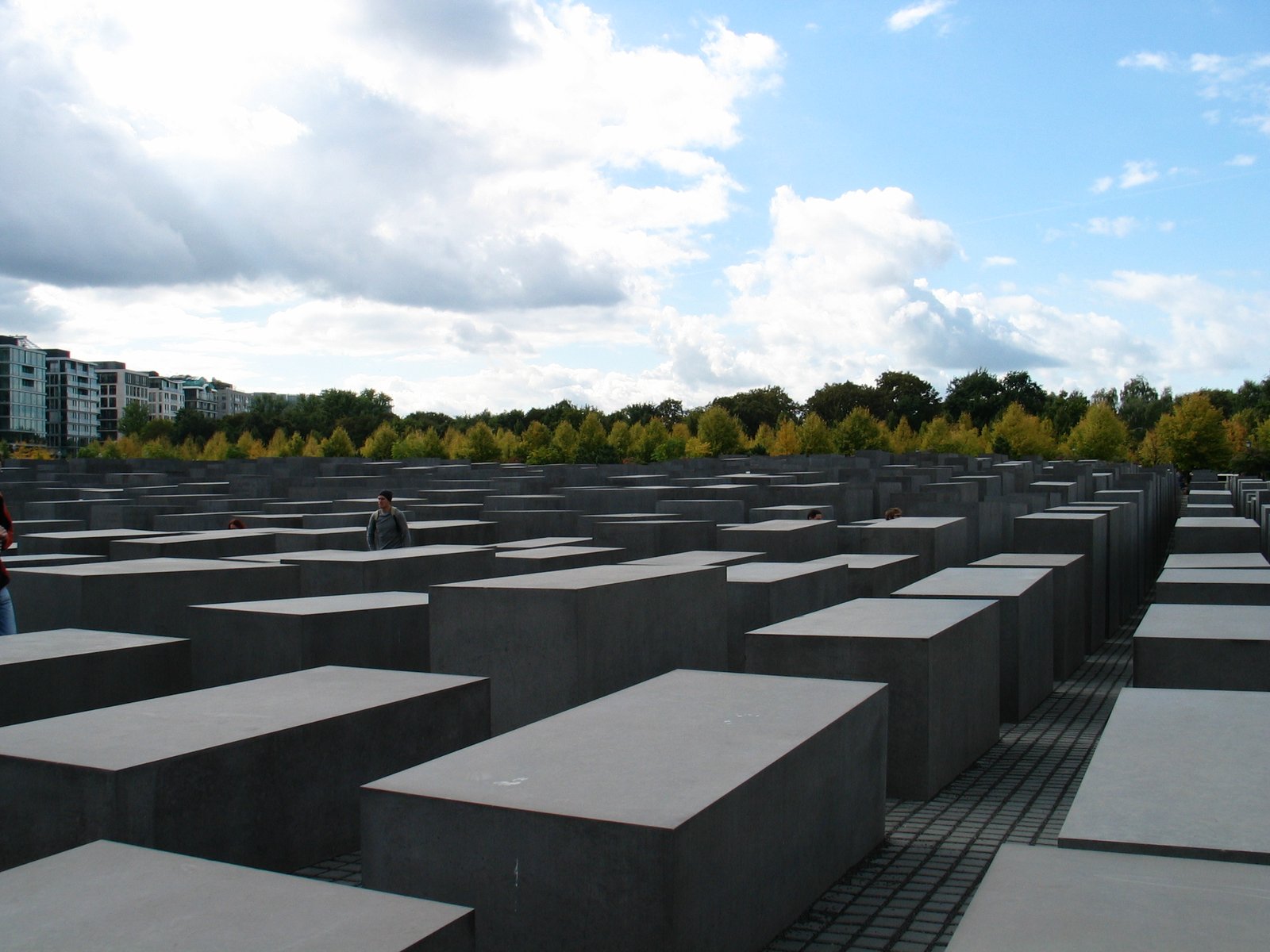 When this was first being designed, there was considerable, (but logical-sounding) opposition to it's location. "Why build it in Berlin?" they asked, "why not nearer to the places where the Jews were actually executed?"

The director of the project at the time shot down this idea however. She stated that she wanted a memorial where people would see it, every day. Where people would come from around the world and be reminded of it forever... and she was right.

Designed with the famous cemetery in Prague in mind, each block resembles an old tombstone. Walk among them and you're suddenly struck by the millions of lives lost. It's humbling to say the least.