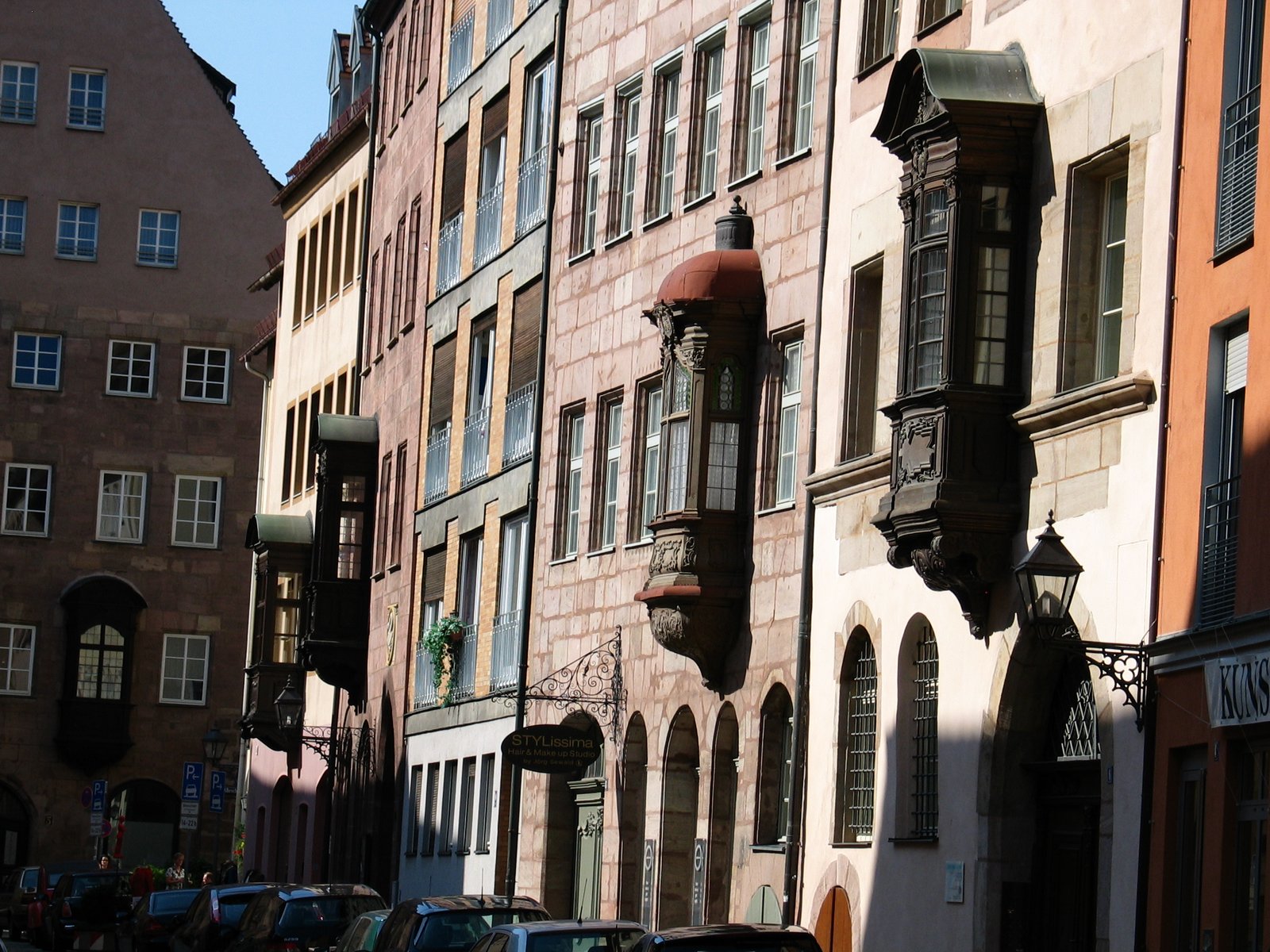 According to our tour guide, these bay windows or "little choirs" were a big thing in the middle ages. However, during the war, many of them were removed and stored underground in bunkers for fear of their being destroyed in an air raid.

The buildings that remained standing (and there weren't many) had them re-attached after the war.