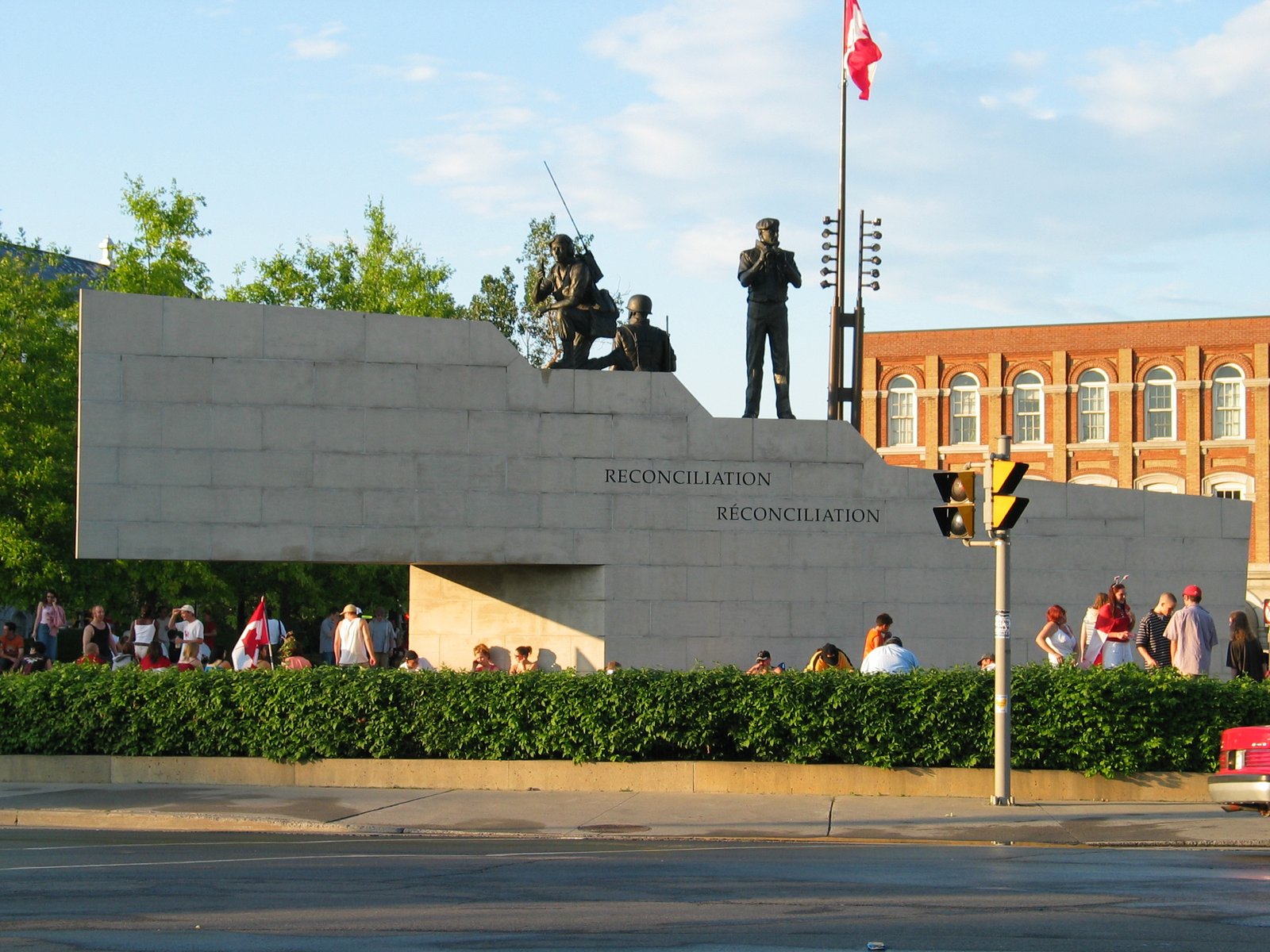 Canada is particularily pround of its peacekeepers. they go to another part of the world, into the fray where people are killing eachother. and rather than blowing them up and occupying their home, they force them to f*cking get along... at gunpoint if nessecary.

the real irony of this monument isn't really captured here, so i'll fill you in on the big secret. this thing is just a stones throw from the american embassy.