Months ago, I signed up for a local hackathon and then promptly forgot about it. Then, the night before I was due to attend, I realised that it was actually a VR hack, and considered not going. I'm a web guy after all, and didn't fancy the idea of using Windows to play with Unity for two days.

Christina convinced me to to go, and I'm so glad she did.

It was a great event. We took over the RealVNC offices for 48hours to first learn about the capabilities of emerging VR hardware, and then to attempt to build something useful with it. I played with an HTC Vive and Microsoft Hololens and was introduced to a woman from Give Vision who inspired some of us to develop a project for the visually impaired.

I fell into a team of brilliant, committed people and early in the process we realised that we all more-or-less shared the same idea for the hack:

We were going to build a tool to first help diagnose people with macular degeneration, then build another tool to help those suffering from it cope with the disease.

Our team was comprised of six people, all of whom just showed up for the event looking for something to do. In fact, nearly every other person at the evnet arrived with a pre-defined team and product in mind. We were effectively the leftovers.

We broke into 3 sub-teams, with two people each:

By 11pm Saturday night, each team had more-or-less completed their side, and by Sunday at 3pm we were ready to present. 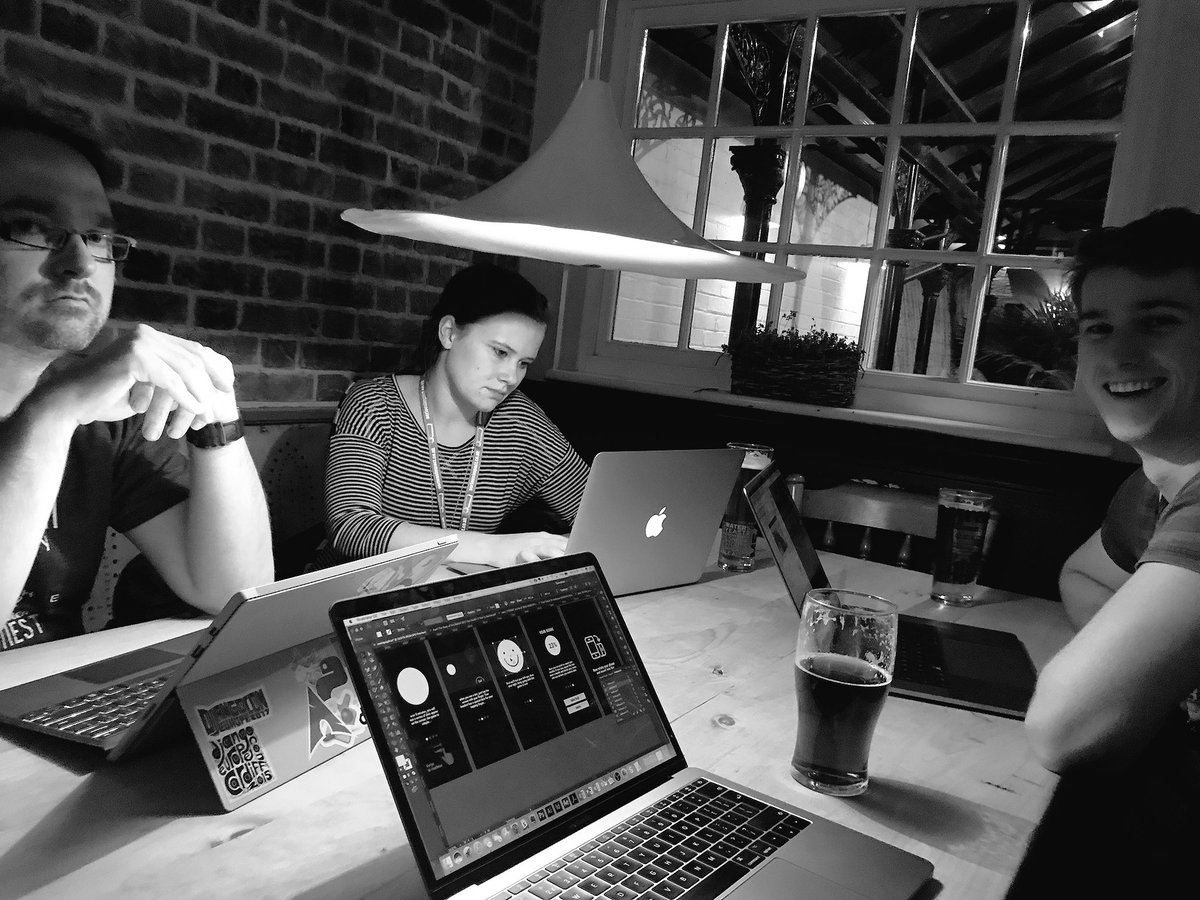 The finished product(s) has all manner of benefits:

I'm really proud of the team. We built a product that's not only useful, but accessible. The total cost of this thing is that of a smart phone + $5 for Google Cardboard. This could be deployed around the world to help detect signs of macular degeneration literally years early allowing treatment before it progresses too far. It'll help parents stricken with the disease keep tabs on potential signs in their children (this is a genetic disorder) and all this done with a phone and the price of a Starbucks coffee.

Our prize was a Google Home, one for each of us. Honestly though, I don't think any of us much cared about the prize at the end of the day. We were exhausted and thrilled at what we were able to build in such a short amount of time.

The finished product is in a state one might expect from a hackathon: patched & working, but in no way ready for public use. The code is on Github and there's a few live samples if you wanna give it a try:

What happens next is still unclear. The product as-is isn't ready for the public, but no one person on the team is really capable of picking up the whole thing and running with it. Give Vision might take it over, or maybe we'll all get together in a few weeks and polish it up a bit. I don't know.

The organisers said they'd be doing another event like this in March next year though. I hope to attend that one as well.

Update: Peter Fuller, one of my team mates for the hack has written his own post

Great write up and fantastic working with you!