I was up late last night. Very late. So late that it had stopped being late and moved well into being mid-morning before I finally passed out. I should probably look into that, but it was fun ;-)

So what was I doing until 1030 on New Years Day? Blogging and writing code of course. My previous post was only the first of two, the second of which is really long and all about my Facebook/Python/Django experiences. It's not finished/polished yet though, so I haven't published it yet.

In addition to those two posts though, I was also inspired by this post on Stephanie's blog about thinking styles to write a Javascript-managed quiz based word-for-word on the pen and paper quiz she pointed to there. For the most part, it was just an exercise for me in how to improve my Jquery-foo, but the subject of the test is fun and interesting too. I'm apparently an "Abstract Sequential" thinker which means that I like things done one way: the right way, and I'm not very good on picking up non-verbal cues. I ranked rather high in both "Abstract Random" and "Concrete Random" too though.

Anyway, if you're so inclined, I've posted the test here. Take it, and let me know what you are!

Why Johnny Can't (or just doesn't want to) Read Ulysses

Cat sent this link to me some time ago and I've been meaning to post it here. Now that I have a few minutes, I'll take that time to share it with you.

Essentially, the whole piece is about how modern media is slowly replacing the novel, and more importantly, why it should. Here are a few good snippets:

...modern storytelling has incorporated every trick that once made the novel king of the sand heaps. Look at the collected works of Joss Whedon: continuity is lovingly maintained; wry character relationships are established and undermined with plenty of twists and turns; the fourth wall is broken; a mixture of serious emotional directness and all-embracing "comedy" is strived for. If you actually read the Harry Potter books as opposed to hating on principle those who actually read the Harry Potter books, you'll see that what's addictive about them usually isn't the escapist allure of being a boy-wizard, but the fact that J.K. Rowling is abnormally good at not telegraphing her plot points and at maintaining a strong sense of suspense.

If you fancy an interesting read, here it is: In College You Learn That There Are Vampires (or Why Johnny Can't Read Ulysses).

Linkage is important to the Internet. Search engines index you based on the number of people who link to you and for the marketing types, the buzz generated by blog posts is important as well. With this in mind, I've had a number of people ask me to post about them in my own heavily trafficked blog (seriously, I only get about 15 unique visits a day for chrissake). But regardless, here are the people:

Downtown Eyewear in Kelowna, BC. This is my father's optical store in downtown Kelowna and in case you can't tell from the exceptionally bland aesthetics, I built it visuals and all. My dad's been working in the optical industry for something like 40 years and has own and operated his own stores for 30 of those. Some of you might remember what it was like coming to visit me back in the days of Focal Point Opticians in Willowbrook Mall back when we had a store there, well he's still doing much the same thing, though a lot of his stuff is custom work for the wealthy Kelowna folk these days. If you're ever in town, I suggest dropping by and having a look around, if only to say hi to my dad :-)

Work [at] Play here in Vancouver, BC. For those of you following my Twitter feed and/or my Facebook status, you might have noticed the bit about me now working at Work [at] Play Social Media Labs Vancouver. No, I didn't quit my job and find another one overnight, my company merely re-branded itself and has asked us all to promote it's new name with linkage and the like via Twitter etc. Frankly, while I see the reasoning behind it, I think the confusion generated around this whole tweet-everything strategy probably negates the majority of whatever buzz the brass hoped to produce. The site is cool though, and the new direction we're taking in the kind of stuff we're making is also cool. My new software project, Velocity is featured on the site's products page, and if you look carefully, you'll see the back of my fuzzy head there right in the middle.

Go-Go Carpet Cleaning also here in Vancouver is pretty damn cool. The whole business is one guy with a machine and he keeps pretty busy. He's friendly, professional and cheap ($70 for my whole apartment). I told him I'd post about him so here he is :-)

And that's it for me. I don't really like the whole idea of manipulating the linkage system with intentional links, but I like these people so I guess that's why it's ok in my head. Happy Friday!

Linkage Both Fun and Serious

I know I haven't blogged publically for a while, so here's a couple things worth reading if you have some time:

In an effort to end the lies, NoMoreLOL.com has been created. Standing on the front lines between honest communication and disingenuous emoting, NoMoreLOL is fighting back with a new acronym: LOI. I think I'm gonna buy a tshirt.

On a more serious note however, knitnut has been nominated for best blog post in the Canadian Blog Awards. Frankly, I'd not heard of the site before the awards, but the post is both relevent and factual, covering something most people reading blogs really don't understand: homelessness.

I'm up in Kelowna with the parents for a few days so don't call me unless you're willing to buy me dinner in exchange for the cost of the phone bill ;-)

This was a nice laid-back couple of days, with my parents spoiling me with lots of nifty presents that will likely be rediculously difficult to haul back to my apartment from the bus station. I got to see the family, and meet my cousin's new boyfriend who is actually pretty cool as well as see my Aunt and Uncle's new place in slightly - less - than - the - middle - of - nowhere - but - still - nowhere - I'd - ever - want - to - live. Fun and food was had by all.

Oh, and to get to the subject of this blog post, check it out: INVADER ZIM RINGTONES!. The site uses an AJAX-type system to download the mp3s which makes it really hard to just download the whole lot, but still, it's all there. You can even search the list by speaker or keyword :-)

THE PANTS COMMAND ME! DO NOT IGNORE MY VEINS!

Couldn't Have Said it Better Myself

xkcd seems to say in one comic strip that which I've been trying to explain for 48 days. 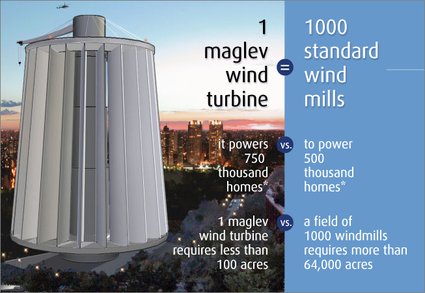 This is probably the coolest development I've seen in wind technology ever. According to their site, these new MAGLEV Wind Turbines operate in a near-frictionless environment leading to BIG gains in energy production. How big? roughly 1000 times that of traditional wind turbines. In other words, you can build one of these on a farm and save the 64,000 acres of space you would have had to use for a traditional wind farm.

If the claims are true, the potential here is really big, so they're putting one up in Arizona as a pilot project. If I hear anything new, I'll post about it here.

More information on this turbine and the technology supporting it can be found here:

Big thanks to Margaret for finding this and sending it my way.

Ladies and gentlemen, I give you the best 5 second video ever.

Ron posted this on his own blog and I really wanted to share.

TED is an annual conference consisting of speakers from around the world who are experts in their field. The purpose behind the gathering is simply to share ideas: what's happening in industry, science, government, culture etc. etc. Until recently, these meetings haven't been available to the public, but that's finally changing. You can now watch the talks online and they're really fascinating.

At roughly 20minutes each, it can seem like a lot to get through, so be selective, or do as Ron suggests and just listen to them while you're getting ready in the morning. Any way you do it, I suggest you make the time.

...And don't miss John Doerr's talk on greentech. It's exceptional, but (at least for me) disheartening.

Those of you who know Noreen probably know that she's been working tirelessly on a special project with UBC in an effort to expand the curriculum to include Asian Canadian History. To that end, she's working with both SFU and UBC on a project called Asian Canadians Reframed and she needs our help. Below you'll find information about a survey they're conducting about the public impressions/ideas about Asians and it takes a total of 3 minutes to fill out.

Please note that everyone is eligible to fill this out. White people, Toronto people, rich people, poor people, whatever, they need everything for a balanced look at the issue, so please do what you can.

"Asian Canadians Reframed" is an art project comprised of students from SFU and UBC. We are conducting a survey on common perceptions of Asian people in Canada and from the data that we collect, we intend to produce a photo exhibition showcasing the responses. The survey is an online one and should take no longer than 3 minutes if not less.

Please help our project grow by filing out our online survey! Tell your friends and family about us, spread the word, fill out the survey several times! We’d love to hear all that you have to say and we’ll do our best to showcase them all!

Thanks for your help.