It's an ugly phrase. Often overused and misunderstood, it's important to know that despite what you may have heard, Canada is not such a place. It is however equally important to accept that we are closer to it now than we have ever been, and each day I read more and more about us losing the Canada we want for ourselves. Whether we believe it or not, we're closer to a police state than most of us want to admit.

Our police officers in every jurisdiction are out of control. Responsible to the public only in the minds of people who haven't been paying attention, we've seen officers commit murder in Vancouver, sexual assault in Ottawa, and beat non-violent protesters in Toronto. There have even been claims of subverting federal elections. The consequences for these actions have been made clear: there aren't any. In Ontario, officers aren't even compelled to speak to the SIU, the supposedly impartial body designed to look into police assaults against civilians.

This is our Canada, glorious and free. 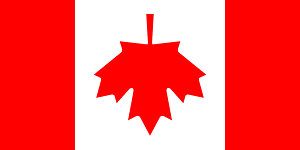 To those of you who would still defend these people, I say that these acts are indefencible. In the G20 case, the SIU has found that no one may be charged because no one can be identified. The appropriate response to this then is to argue that any officer refusing to identify themselves is in fact a criminal -- at best, a thuggish terrorist at worst. Is it safe then to assume that self-defence can be invoked when assaulting an unidentified officer committing acts of brutatlity? And what, if anything will become of the officers higher up in the chain of command after this incident? Who gave the orders to arrest non-violent protesters, and who allowed the city to burn while our freedoms were crushed beneath combat boots and riot shields?

There is anger brewing in this country... at least, I hope there is.

For my part, I honestly don't know what to do. I feel like I'm abandonning my country when it needs me, that I could do something to fight this if I stayed. But I don't know what that something is. To those reading this, I ask you: what, outside of violent revolution can we do? How do you fight thugs and Fingermen without resorting to bloodshed?

Today is the day that we reserve for Remembrance, a day when each of us are expected to take a moment to acknowledge and remember the bravery and devotion to duty of the millions of men and women who fought and often died "for King and Country" in dozens of wars past. It's also a day when we must remember that it's not only soldiers who die in war, but civilians as well. Often it is the case that for every one soldier killed in the line of duty, ten, or even one hundred civilians are killed.

As a society, we tell ourselves that war is a terrible, but sometimes necessary Last Line of Defence against those who would attack our Freedoms. It is therefore with bitter irony that I must point out that today the Canadian Civil Liberties Association and the National Union of Public and General Employees are co-hosting public hearings to examine police activity during the recent G20 Summit in Toronto.

Every Canadian owes it to themselves to read these testimonies. Canadian citizens, rounded up, arrested, and held for upwards of 32hours in squalid cells, or tagged with bogus charges like possession of tools for burglary (door keys). Unarmed, non-violent citizens punched and kicked, by police not wearing name tags or badge numbers. In one holding cell case, a woman apparently asked for a tampon and was told that she "should have thought about it before", after which he threw his sock into her cell.

In a Free country, citizens must be allowed to peacefully assemble, and to criticise the government openly, and they must be able to do this without fear of persecution from the state. What we saw in Toronto was not what Canada should be, but whether we like it or not, it was our Canada. Unless we stand up and fight those responsible for abridging our freedoms that day, claims that our military "defends our freedoms" will become even more hollow than they already are.

Please take a moment to read one of the following:

Behold the Dawn of Citizen-as-Hacktivist

Q: How long will this attack go on for?

A: There is no time frame. We will keep going until we stop being angry.

- An interview with Anonymous

Something really fascinating is happening right now. Thousands of people, pissed off at law firms and media conglomerates for persecuting individuals with multi-million dollar file sharing lawsuits are fighting back. They're using their combined efforts to attack and take down the websites of the media bullies and their proxies (their law firms) and they're succeeding at every turn.

The tactic being used is called DDoS, which in layman's terms is essentially hammering a website from multiple targets as to render it unable to communicate properly with legitimate visitors. The result is that the site will slow to a crawl, and in some cases go completely offline as the server buckles under the load. In one of the more advanced cases, the attackers grabbed 350MB of email from one unscrupulous law firm in the UK and published it on the Pirate Bay for all the world to see.

And who are the perpetrators of these attacks? Nobody knows. They are "Anonymous", the horde of pissed-off people, tired of being persecuted for participating in our Shared Culture. More importantly though, they've gone on the offencive against those who have gotten used to treating the public like an ATM.

This is just the beginning, but it's an exciting first step. The Internet has allowed groups to collectively organise, and to do things no individual or big city law firm could ever hope to accomplish on their own. Now that the tools are becoming more ubiquitous, it's inevitable that these sorts of actions will increase both in popularity and in scale.

Imagine being able to download a tiny program to anonymously contribute the computational power of your desktop, and the bandwidth of your internet connection to help destroy Royal Dutch Shell's communication network, or hack the RIAA's VPN. The possibilities are both awesome and terrifying, but I'm confident that the anarchy it produces will lead to a more egalitarian world.

It's interesting then, that on the evening I'd set aside to write about this phenomenon, I discovered this excellent TED talk about the differences between institutional organisations and collaborative ones. The talk is about five years old, but couldn't be more relevant:

Clay Shirky on institutions vs. collaboration

In Defence of Violence

I'd like you to take 30seconds to watch something for me:

Violence has its place, and that place is when words are no longer enough. Anyone paying attention to what's going on in the world can tell you that the gap between the rich and the poor is dangerously wide and that the priorities of the rich minority are not in the best interests of the poor majority. Ecological disasters like the BP blowout in the Gulf of Mexico and the recent world-wide economic collapse are symptoms of a greater problem, one the "civil" protesters are campaigning for... if only someone were listening.

But no one is listening... at least no one with any measurable power. Instead, our leaders erect fences and spend billions dollars on making sure that the voices of the people aren't heard at these events. They take our money and construct elaborate indoor lakes to placate the media, while they conduct the business of governance behind closed doors. This is not democracy, and people insisting that standing in a street and waving a sign is the best response to such injustice just don't get it: we should be angry! Those are our streets, our spaces, and our leaders, talking about issues that relate directly to our lives and they shut us out with wire fences, concrete walls, and thousands of violent police? Where's the rage?

Martin Luther King had it right when he said that "a riot is the language of the unheard". The overwhelming majority of Canadians want action on things like the environment, peace, the economy, and poverty, but rather than moving on these issues, our leaders consistently work against our interests. Chants and sign-waving clearly aren't getting it done, and so a few among us have started smashing things. It's not intelligent, it's not tactical, it doesn't even have to make sense. It's rage, and it's not only justified in such a situation, but called for.

That video clip is about oppression:

I'll be the first to concede that violence is not the answer here, but the time for chanting and sign-waving is through. I don't want to hear any more of this "if the violent people would just stop, then maybe they'd listen" business because sadly, that's just not true. Something has got to be done, or soon it might not just be a Starbucks and a few police cars that get smashed.

I'm trying to come to terms with the Olympics. I suppose that it's about time since the party's been going on for over a week now. The thing is, I've got two problems with the whole event:

Now don't get me wrong, I think that the Riot 2010 people are just silly, self-righteous, angry, rabble-rousers intent on breaking things in a fit of helplessness. I don't support them, but I also won't deny that many of their grievances need to be addressed.

The fact is that we've spent billions of dollars throwing a party for athletes, while in true Vancouver style, we've politely ignored the people trying to bring attention to the fact that those funds should have been spent elsewhere. Hell, we didn't even have the decency to kidnap the homeless population and intern them in Chiliwack for the duration of our capitalist shindig. No, we put up banners, threw a party and played music, right next door to the most desperate community in the country. We rubbed our disinterest in their faces and were then surprised and even outraged when a few of them got angry and started breaking things.

But this is nothing new really. The haves never care about the have-nots until someone threatens to cut off a few heads. You won't catch me marching with the Olympics Resistance Network though, because whether they want to accept it or not, this whole party became a force of nature the moment Vancouver won the bid.

It took me a few days to realise it, but despite our own transgressions mentioned above, there's still considerable good to come out of this and those who oppose(d) this event would do well to consider it. For the first time in over twenty years, Vancouver is actually multicultural again. There are Greeks, Swedes, Koreans, and even a few Ghanaians in this city for a few remaining days. Real German food can be sampled in their "house" and Russia has commandeered Science world to showcase itself to the planet.

We made the wrong choice. We should have supported our fellow citizens and used that fortune to build a city of which we could be proud. We didn't and we will reap what we've sewn for years to come, but there's no sense in shouting at the rain: take advantage of the fact that the world is here! Meet with foreigners, ask them how they build their cities and care for their people, and maybe, we'll find some opportunities to learn something new about how problems are tackled differently. Clearly, we could use some pointers.

I received this from a friend of mine and couldn't stop laughing. Enjoy!