I know that it's been nearly a month, but I suppose that late is better than never for this sort of thing. Here is me in my Hallowe'en costume for this year. For those who don't recognise her, you should look up Ramona Flowers on Wikipedia. The real star of the Scott Pilgrim series, Ramona is the embodiment of awesomesauce, complete with a Bag of Holding, and a giant hammer that's +2 against girls.

In most of the shots with me is Stephanie, who also went as Ramona. No, we didn't think to mention this to each other before we decided. Melanie took the shots with Stephanie's camera in Commercial Drive station just after the Parade of Lost Souls. My costume consisted of:

All in all it was fun, but I don't think I'm going to be a girl for Hallowe'en again for a Very Long Time. It's bloody uncomfortable. The constant compliments on my nice legs though... that didn't suck :-) 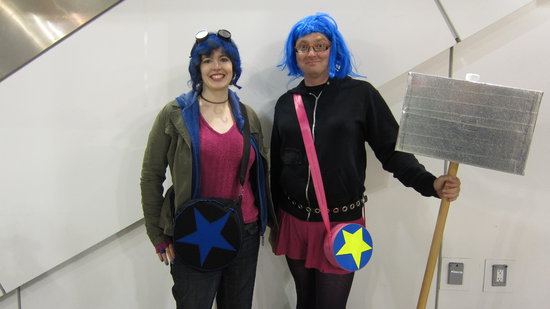 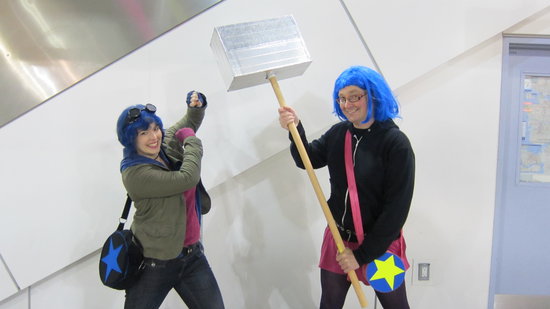 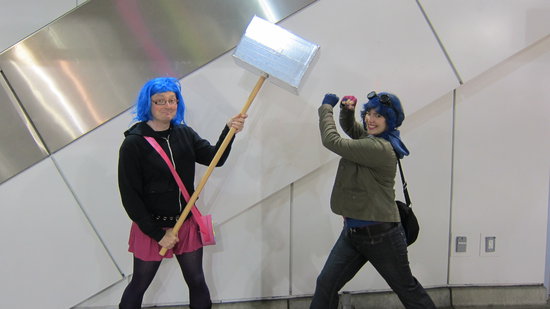 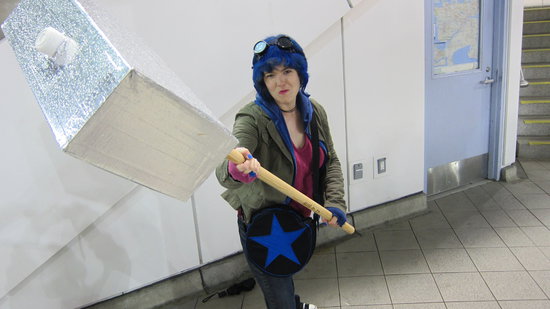 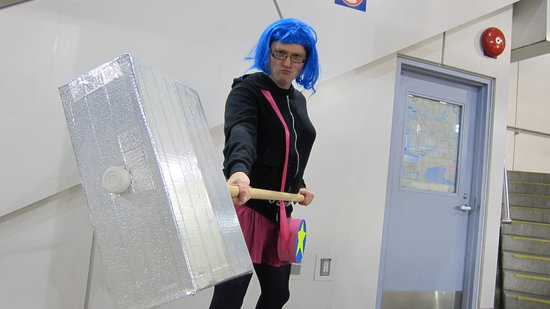 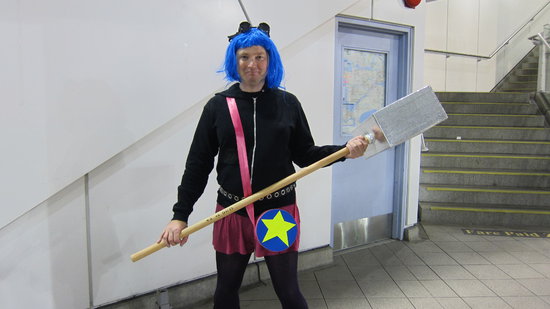 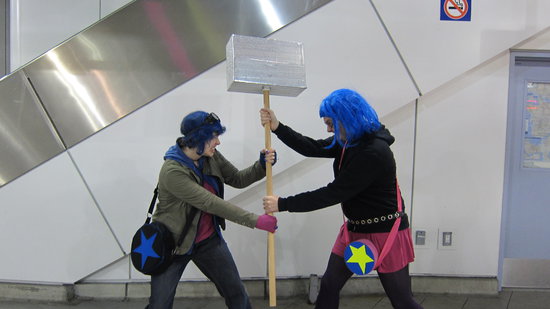 man, I took some awesome photos.

Is it wrong of me to say that you look good in drag?